Get ready for the biggest heist of the holiday season in our newest Betsoft game Take Santa's Shop! 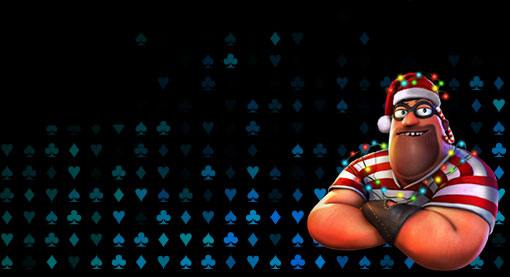 Our newest slot by Betsoft will take our players to the North Pole for what could be the biggest heist ever!

Take Santa's Shop is based on one of our most popular games, Take the Bank! This remake is here just in time for the holidays and we are sure playing this game will be at the top of your wish list! So if you made it on the naughty list, then you have nothing to lose! Join our Holiday Robber and help take Santa's shop!

Take Santa's Shop is a 5-Reel, 4-row fast-paced slot with amazing graphics and a very festive soundtrack. This game comes with some features that are just perfect for the holidays! The Ornament Bombs will introduce a 10-round progression system that you will love. Look out for the Holiday Robber symbol as something special happens every time he appears. Then go for a ride with the Santa's Sleigh feature, we are sure you will end up with something great!

The Ornament Bomb feature is a special progression game that is played in 10 rounds. Every time you make a spin the Ornament Bomb counter will count down from 10 to 0 over symbols on the reels and on the 10th spin the bomb will explode and turn the symbols into wilds.

Get ready for the ultimate holiday heist! This slot will be with us on the 19th of November!