Play Poker Play Casino
Don't have an account? SIGN UP HERE
You are here: HomeNews & Press ReleasesNew Game Quest to the West

New Game Quest to the West

Quest to the West

Get ready for an adventure of mythical proportions in our new slot by Betsoft, Quest to the West! 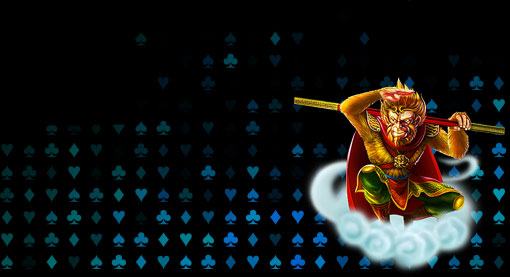 This great game is based on one of the four great novels of Chinese literature, Journey to the West. This story is an account of a great Buddhist monk who was sent on a mission by Buddha to retrieve the Buddhist sacred texts from the Western lands. During this journey the monk was faced with many trials, but was able to overcome them with the help of his companion Sun Wu Kong, the Monkey King!

This beautiful slot game is a 5-reel, 25-payline video slot that comes with heavenly features such as the Monkey King Walking Wilds, the Quest to the West Respins, and the amazing Meter of the Heavens.

The Monkey King Walking Wilds are based on Sun Wu Kong’s ability to clone himself. With this feature the Wild symbol can replace every other symbol on the reels and once you collect three Wild symbols you automatically enter a free-spin round!

Next up we have the Quest to the West Respins! This featured will trigger upon collecting three Monkey King Wilds. During each respin, each Monkey King symbol will be move one reel to the left. The spins will only end once all Monkey King Symbols have left the reels.

Finally, we have the Meter of Heaven feature. Once you collect 15 Monkey King Symbols during the Quest to the West respin feature you will automatically receive a 1000x! Now that is one heavenly bonus!

This fantastic slot is now live. So say your prayers, gather your friends and get ready for a Quest to the West!